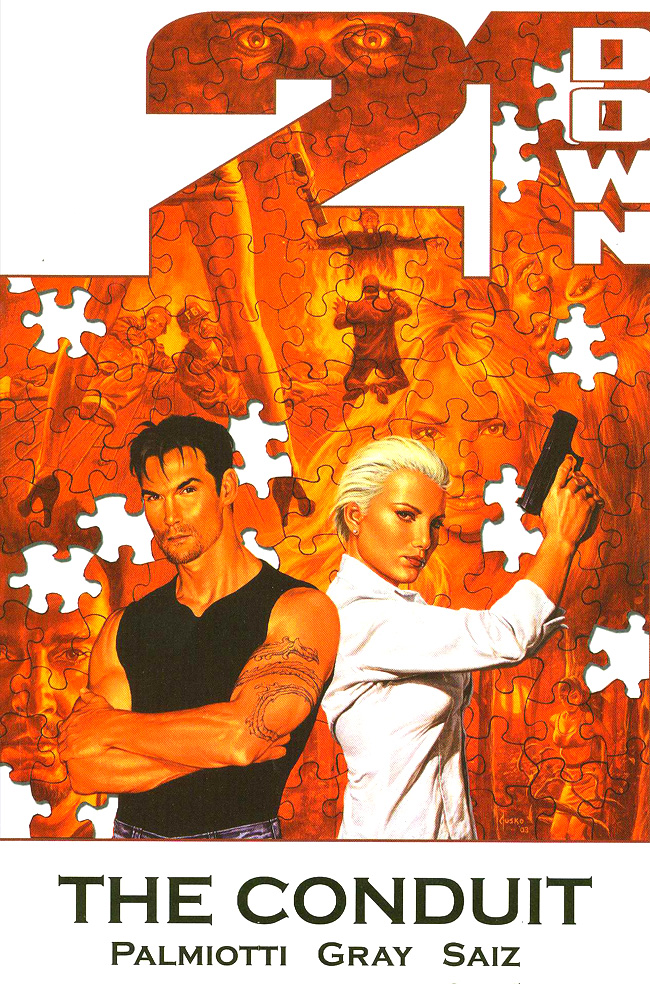 On his 20th birthday, Preston Kills receives a birthday card telling him he will die when he turns 21; his world then goes haywire with strange events and shady characters, but it also holds the promise of redemption. This is a noir action series about a gifted and cursed man with superpowers who is anything but a hero. The artists render the story against a gritty urban backdrop, in vibrant colors and a clean, slick representational style that makes good use of lights and darks to convey an ominous tone. A tattoo artist leading an apathetic, nondescript life, Preston possesses a dark gift: the ability to see a dead person’s final moments before death. The power comes in handy for Preston’s brother, Robert, a homicide cop investigating a series of extraordinarily gruesome murders. After Preston receives the ill-fated birthday card, a mysterious older woman named Mickey Rinaldi saves his life. An FBI agent, Mickey is flirtatious and secretive, but what she knows may be the key to understanding Preston’s cursed past and future. It evolves that Preston is part of the Genies, a secret government experiment to genetically alter children for military and reconnaissance purposes who all share the doomed fate of death at 21. 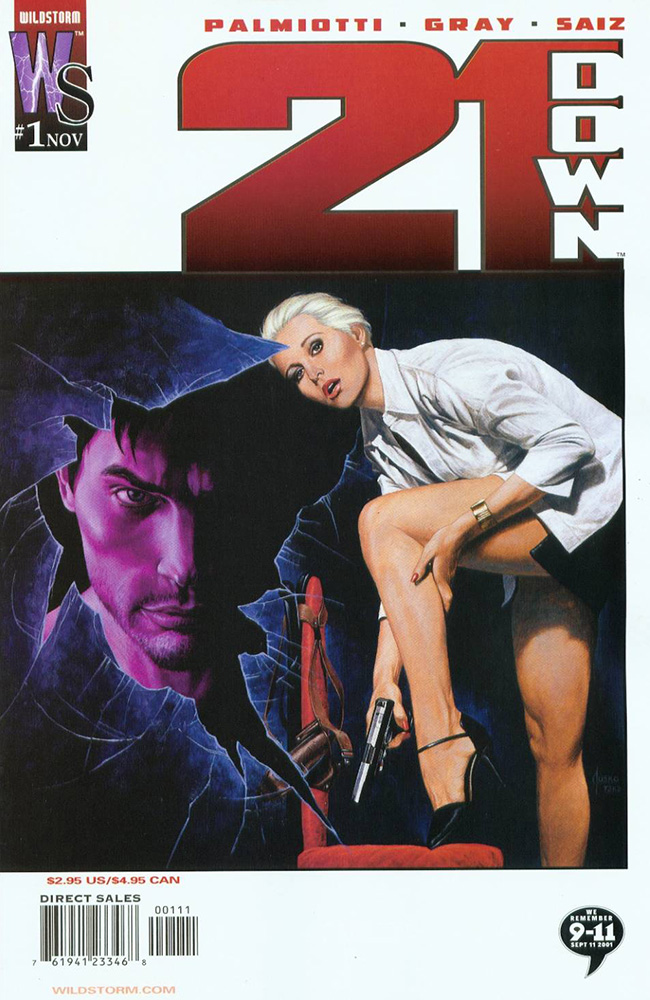 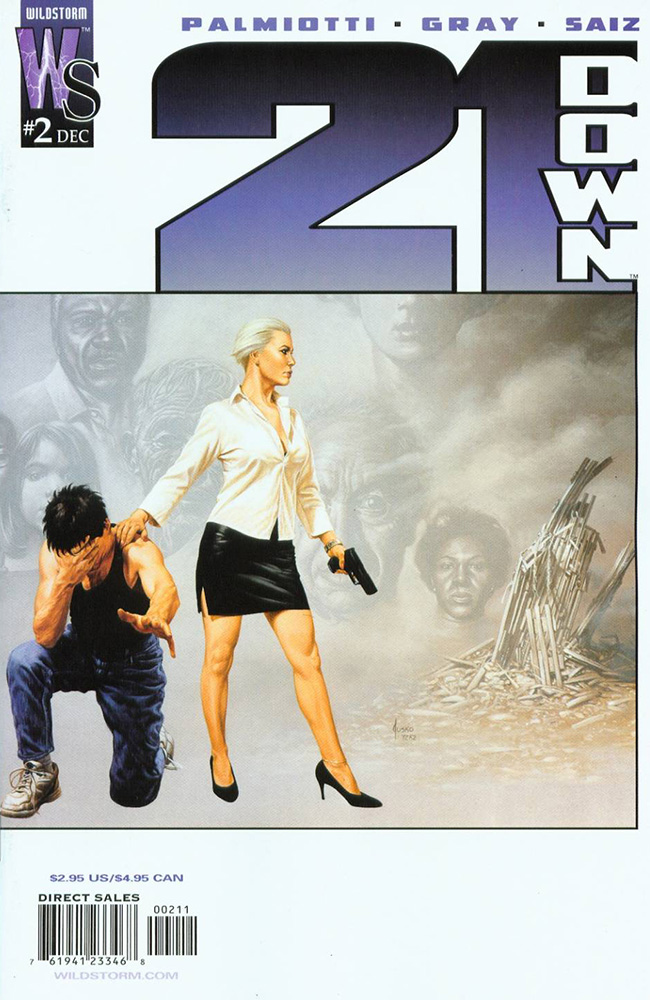 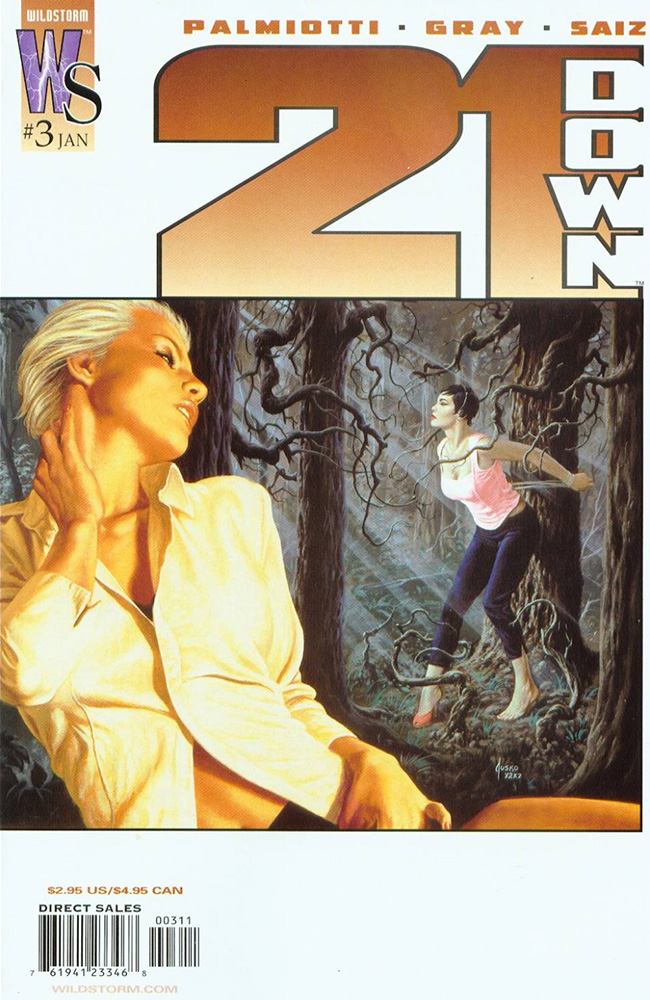 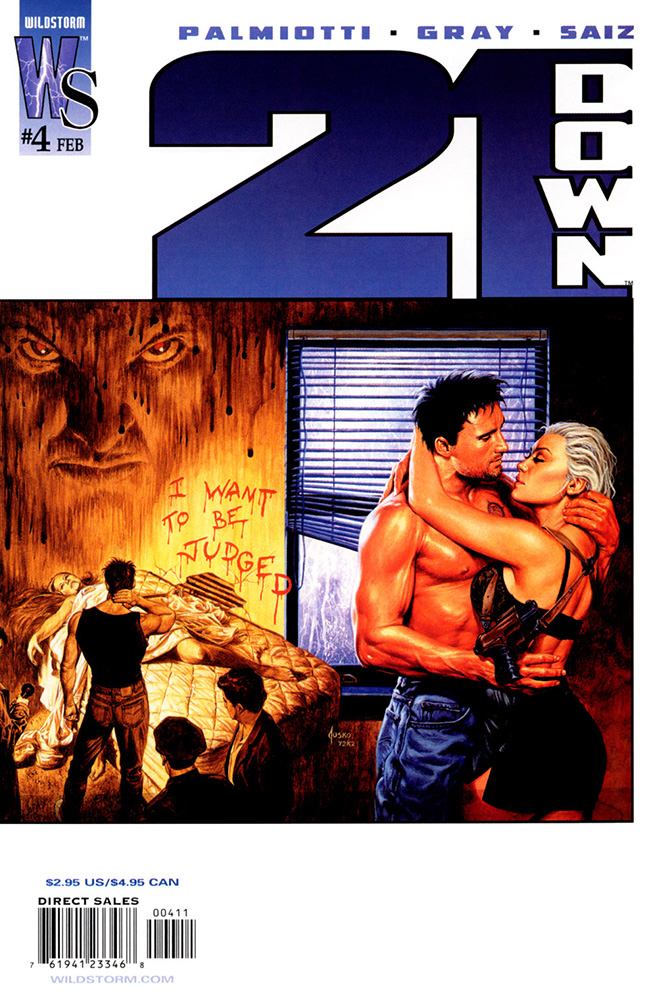 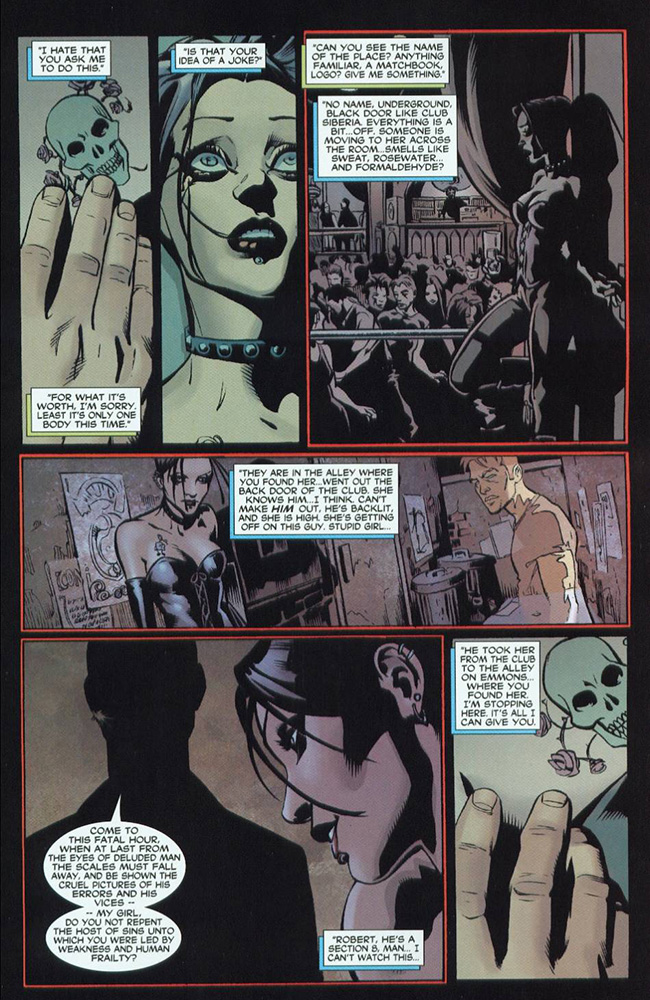 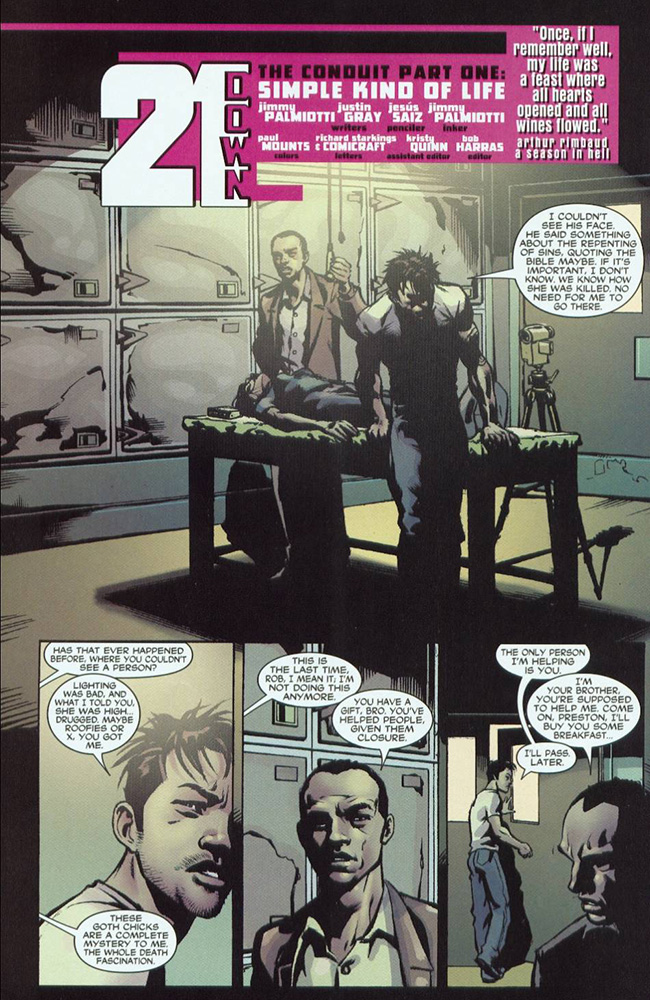 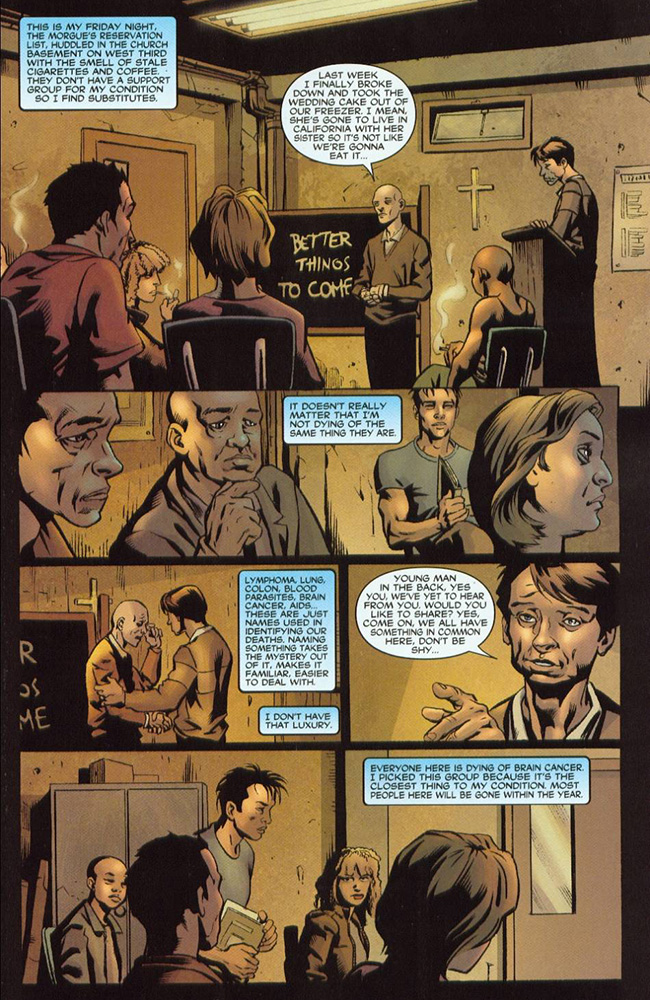 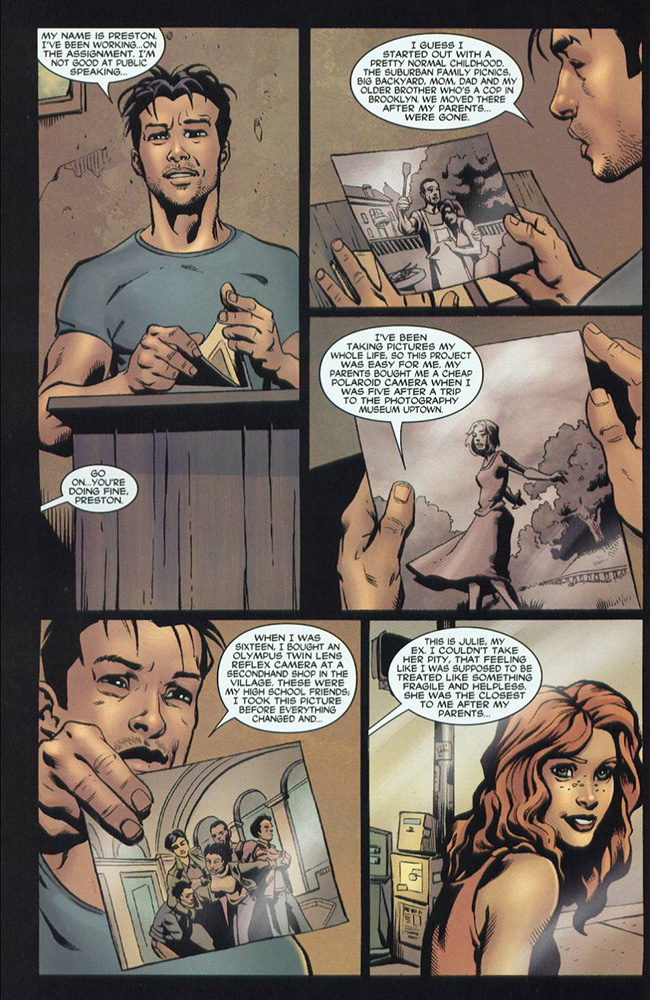