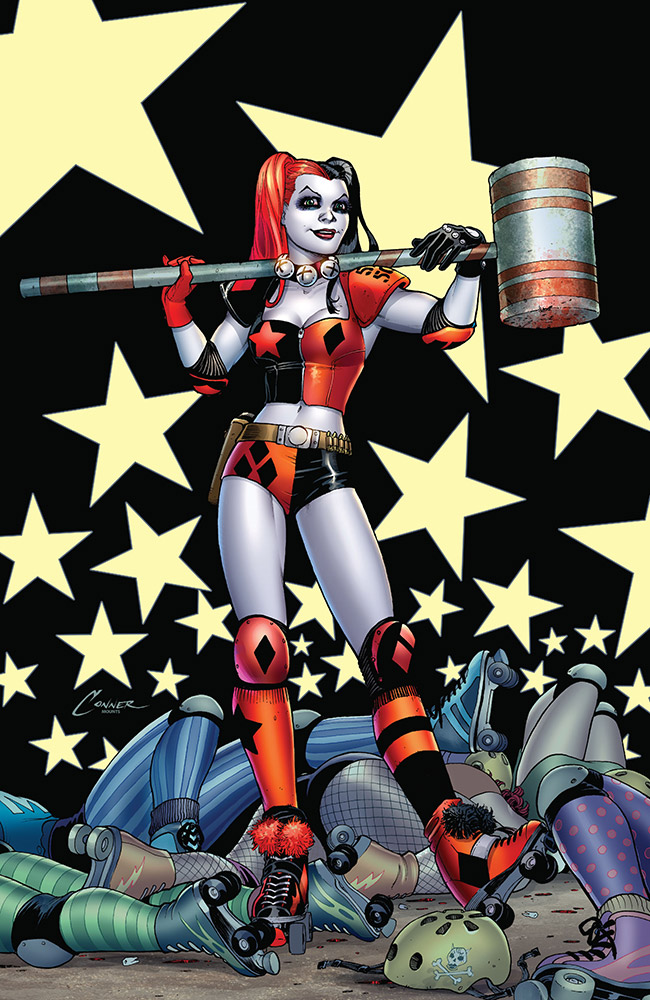 LOVE MAKES US DO CRAZY THINGS. AND FOR THE BUBBLY AND PSYCHOTIC HARLEY QUINN, THAT INCLUDES DRESSING IN COSTUME, BECOMING A SUPER-VILLAIN, CARRYING GAG-THEMED WEAPONRY, AND MURDERING COUNTLESS CIVILIANS—ALL JUST TO PUT A SMILE ON HER PUDDIN’S FACE.

Before her descent into madness, Dr. Harleen Quinzel was a promising psychiatrist assigned to Arkham Asylum, Gotham’s home for the criminally insane. But after meeting the Joker, the young doctor became obsessed with the crazed criminal’s warped mind. Sensing opportunity, the Joker manipulated her, driving his therapist so mad that he was able to control her. Harleen fell in love with the villain, broke him out of Arkham and devoted her life to making him happy and spreading his bloody brand of mayhem.

Athletic, agile and dangerously unpredictable in a fight, Harley Quinn is a formidable opponent in her own right. She is willing to do anything in order to further the Clown Prince of Crime’s goals—no matter the cost to anyone else or even herself. Her energetic, affable and animated personality is enough to make almost anyone drop their guard—a mistake that could easily cost them their life. Deranged and psychotic, Harley Quinn is the poster girl for chaos’ terrifying allure.

The current Harley Quinn series by Amanda Conner and Jimmy Palmiotti has continued to be a sell out hit for years.   The fan base and sales support the cult hit that Amanda and Jimmy have brought forth with Harley Quinn.  Their direct involvement has taken a once secondary character and turned her into a top 10 selling book! 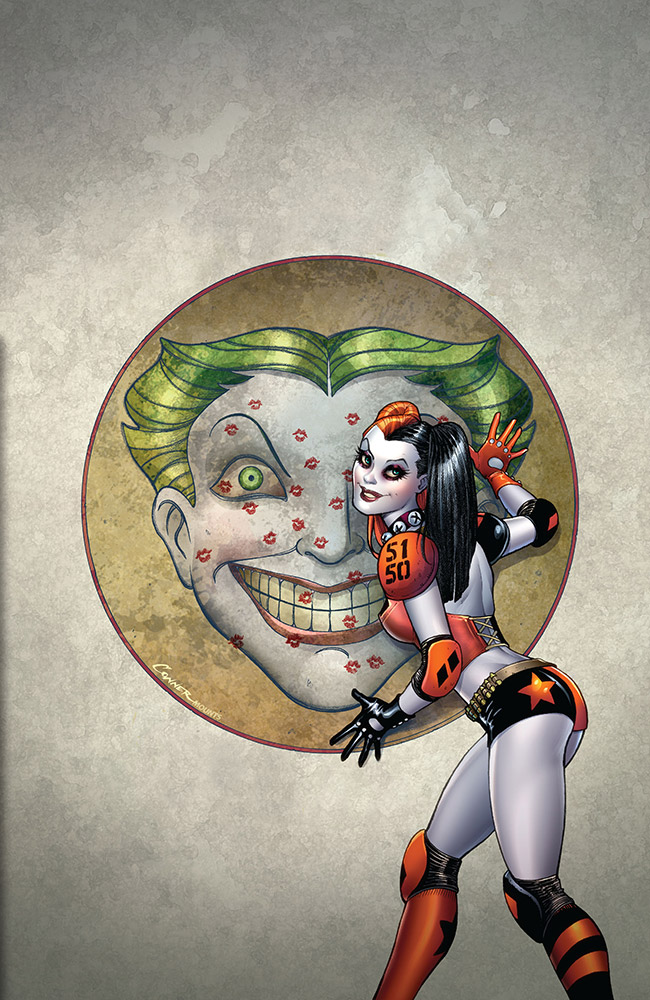 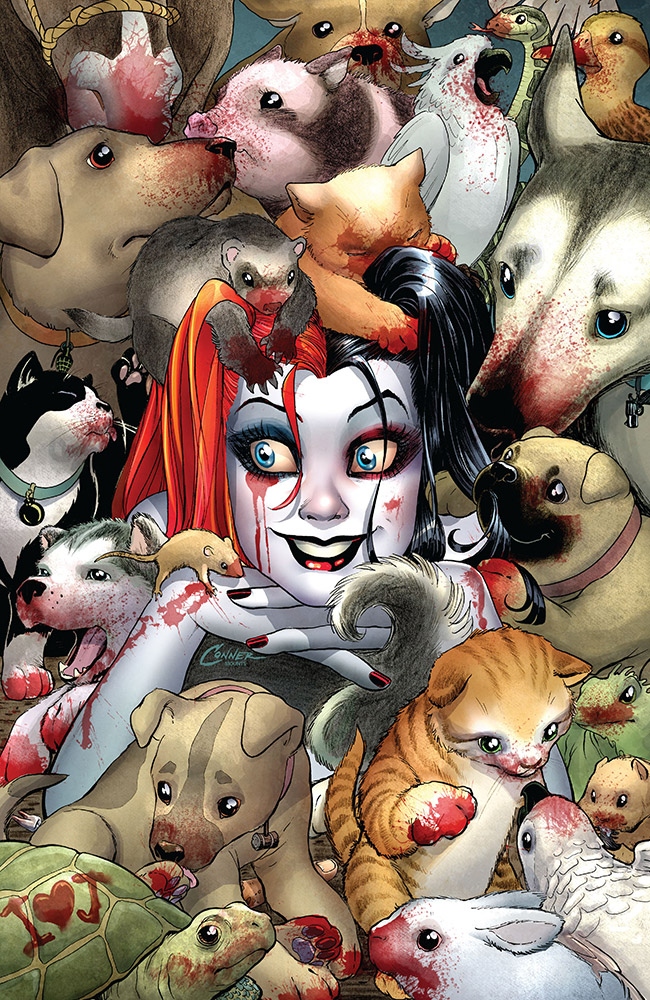 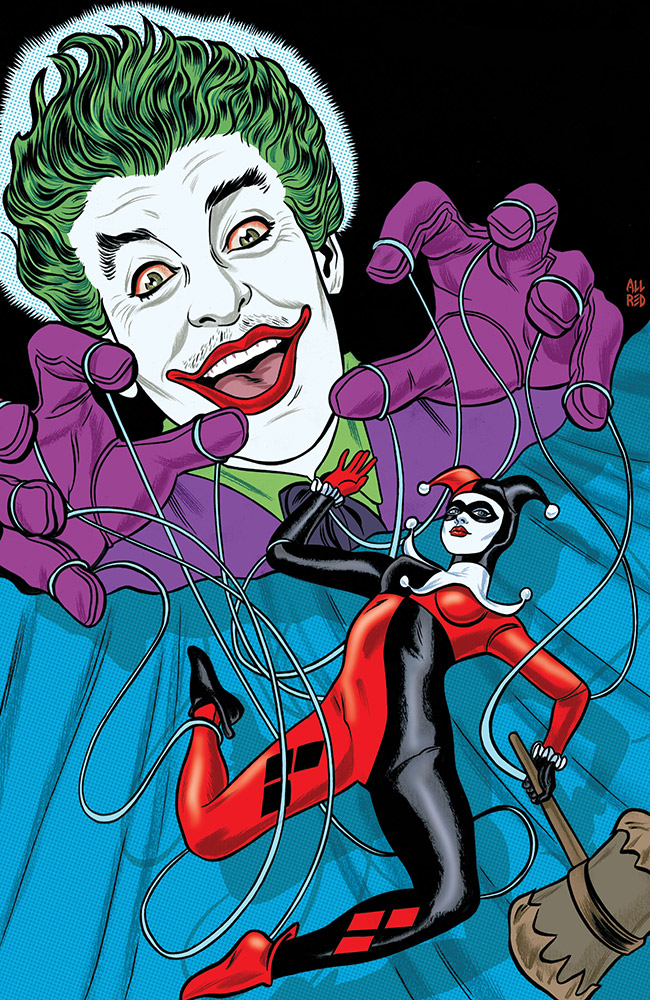 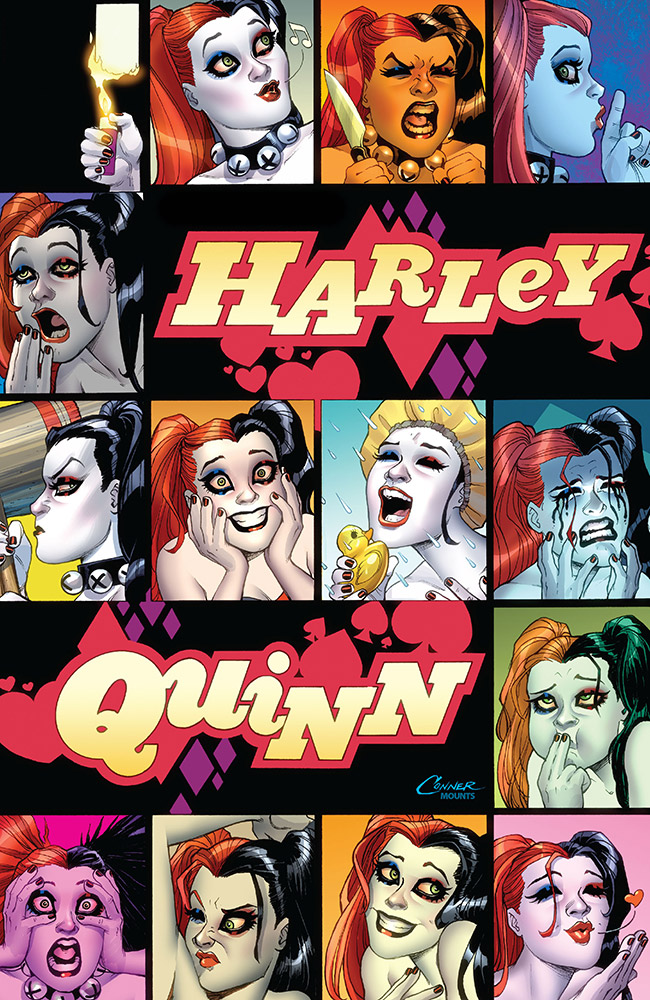 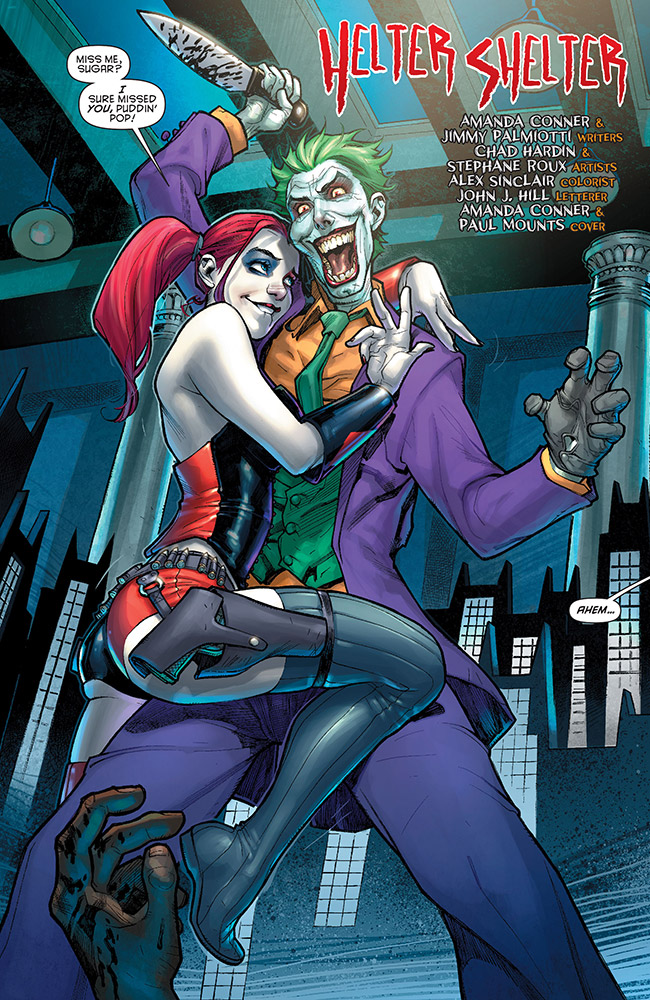 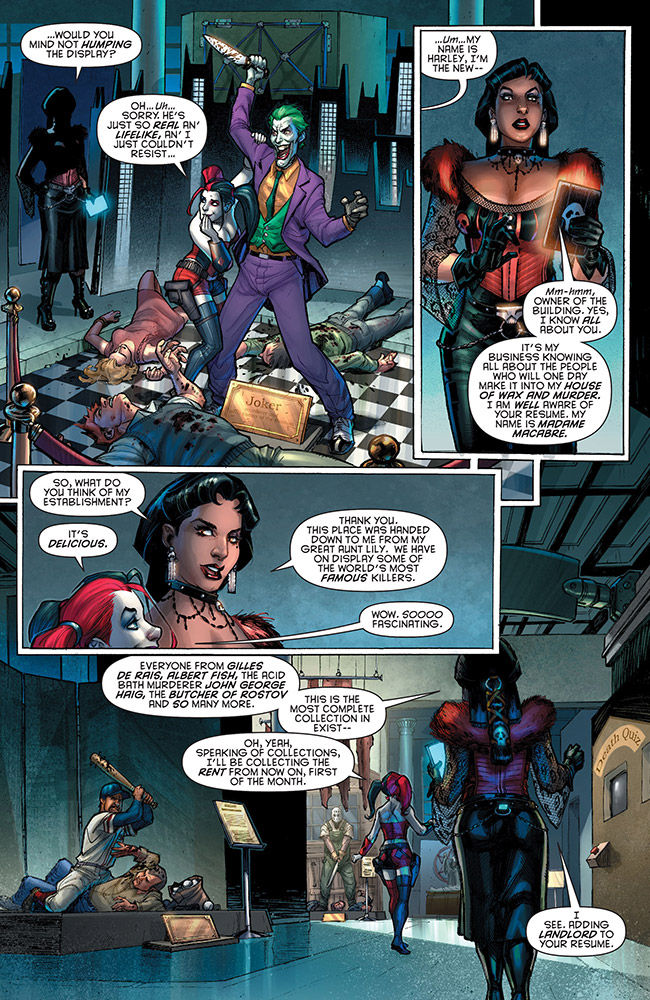 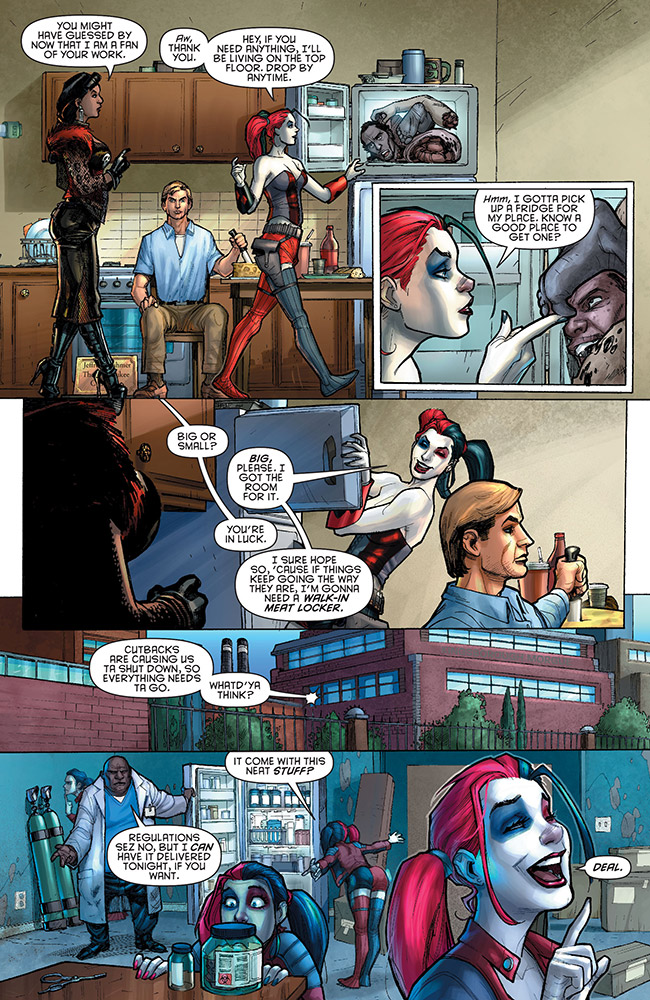 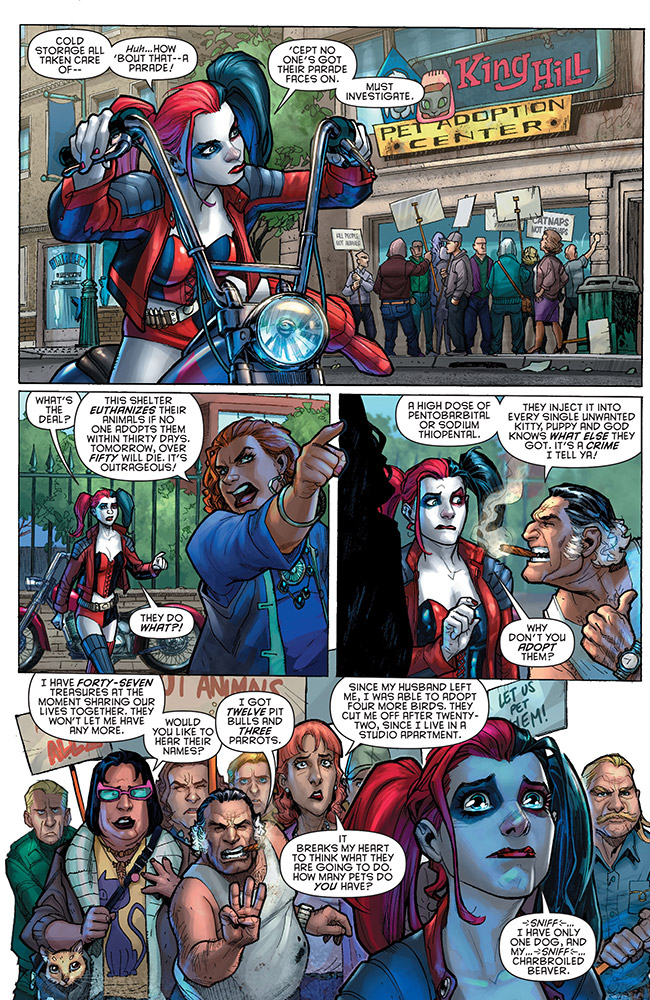 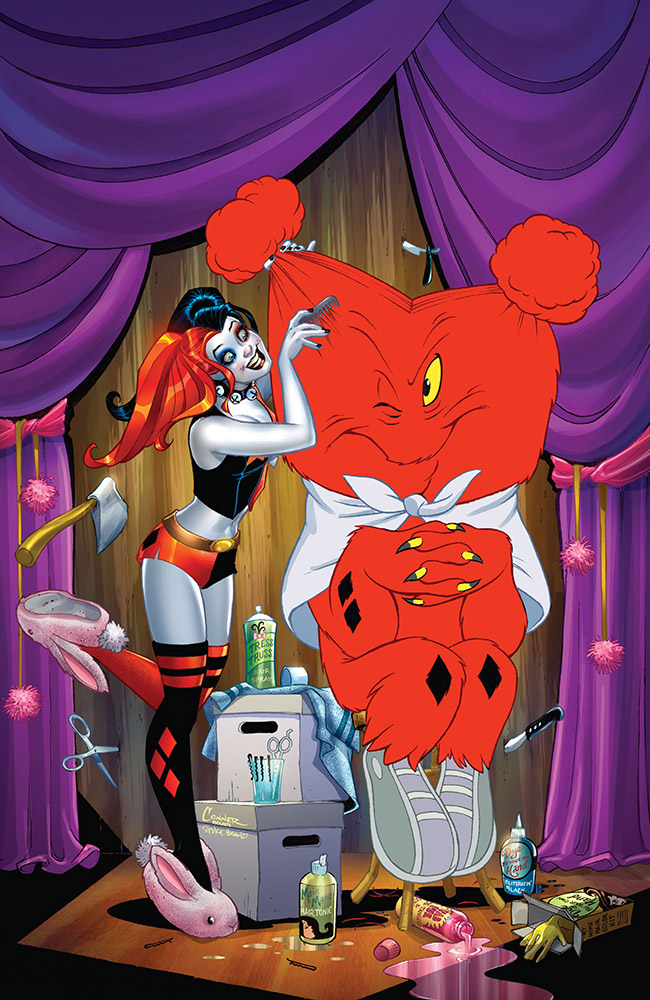 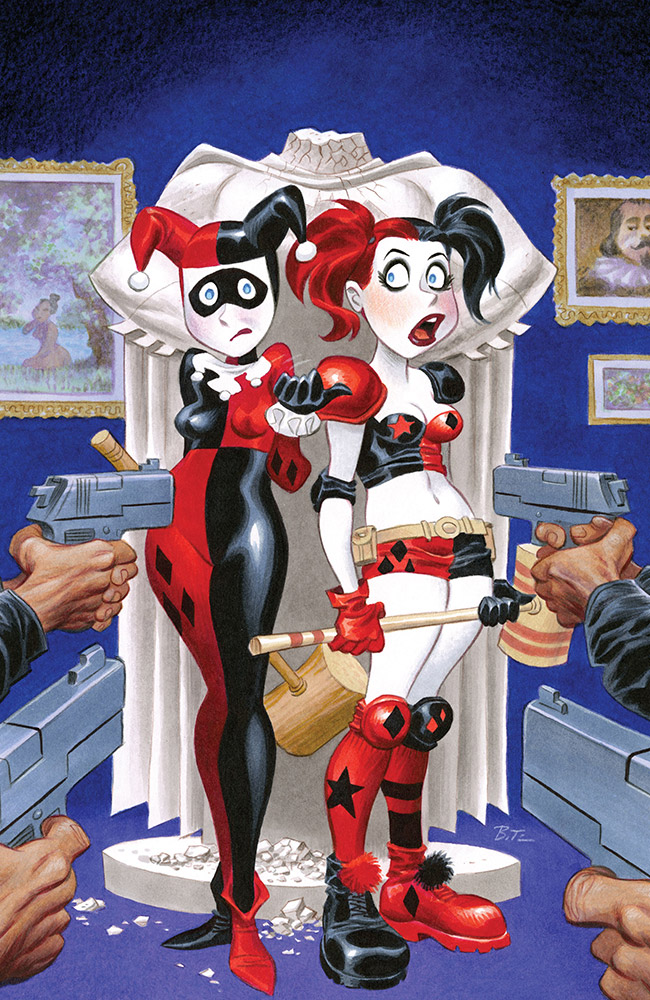 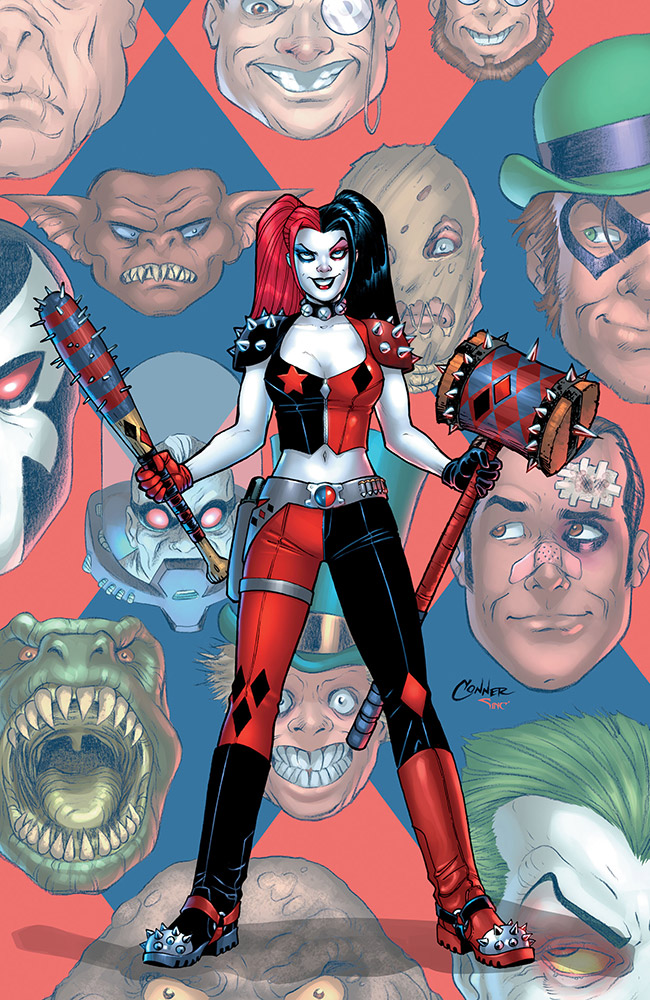 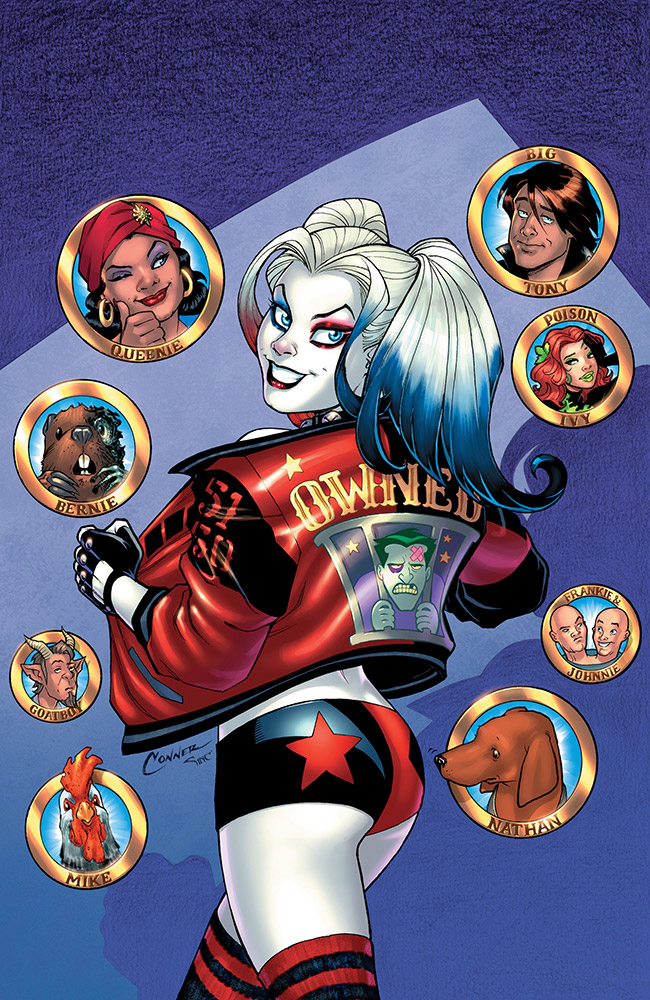 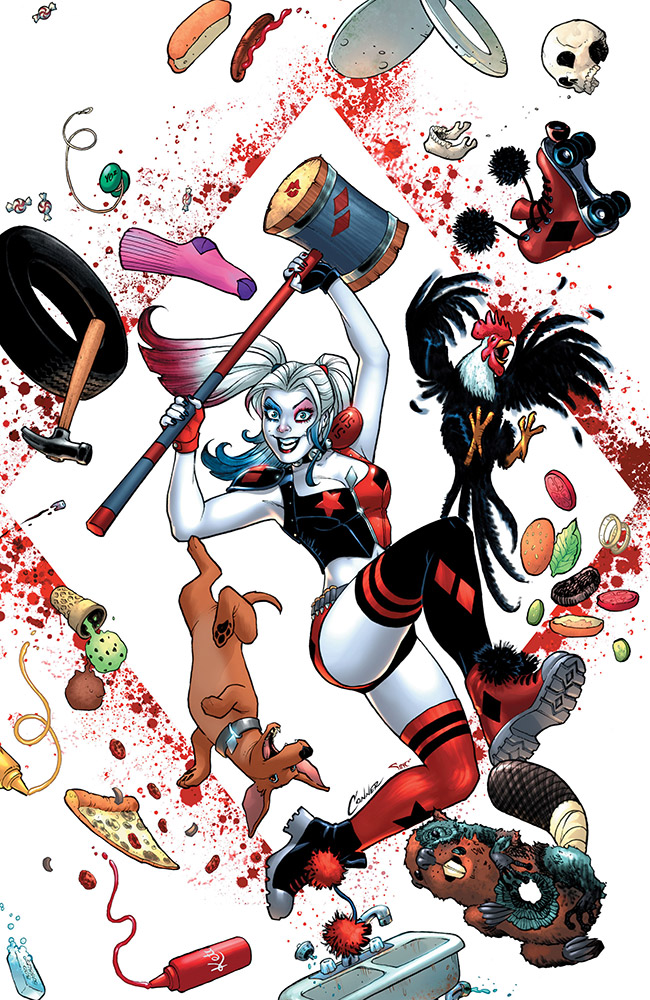 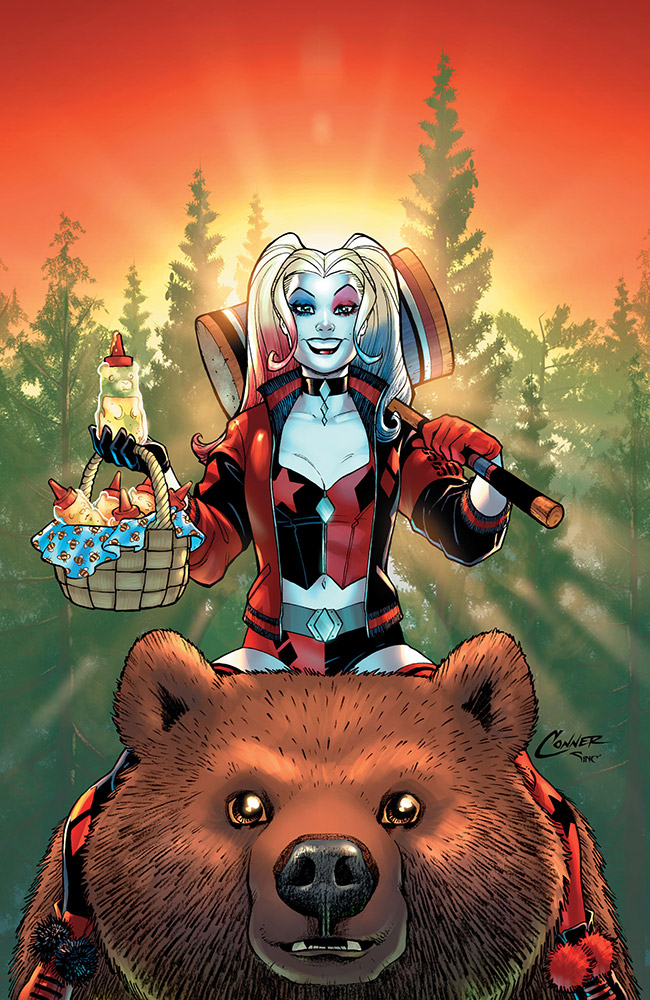 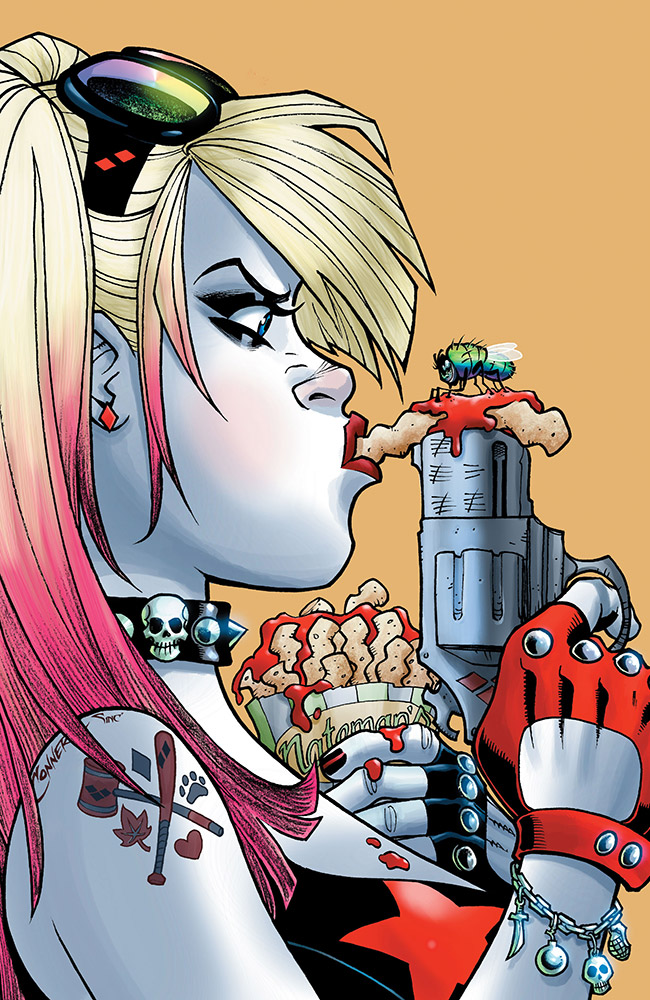 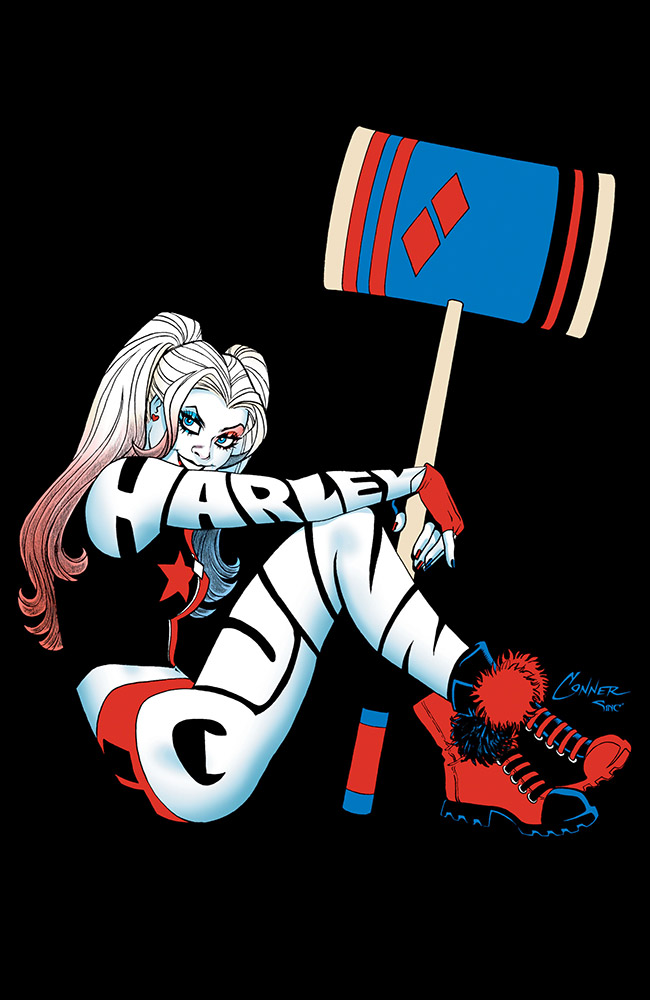